CBD paste is a thick, oily hemp extract with a high concentration of Cannabidiol (CBD).

What is in CBD paste?

The rest of the paste consists of other substances from the hemp plant. This mainly concerns terpenes. These are natural flavors and colors.

Sometimes some organic cocoa butter or coconut oil is added to the CBD paste. This has no further consequences for the functioning of the paste.

How does CBD paste work?

The effect of CBD paste is based on it endocannabinoid system. For the sake of convenience, we will further use the abbreviation ECS below.

The ECS responds to certain substances that the body produces itself (endocannabinoids). In turn, the ECS influences other body systems such as the immune system and pain perception.

Now it is true that the ECS reacts not only to the body's own endocannabinoids, but also to substances from the cannabis plant that are very similar. We call these substances cannabinoids.

In addition, the paste also contains terpenes. These too can have a positive effect on health.

Now you may think: if CBD paste contains all the cannabinoids from the cannabis plant, then the paste also contains THC. That's right, but the amount of THC in CBD paste is so small that it is impossible to get you high.

For the production of the paste, hemp is used with a lot of CBD and very little THC. The paste therefore contains less than 0,2% THC. That small percentage of THC also means that the paste is completely legal.

The different cannabinoids have a direct effect on the ECS, but there is more:

In other words: The presence of CBN, CBG, CBC and terpenes changes the effect of CBD on the human body. Exactly how that works is still largely unknown, because the entourage effect is a recent discovery.

The hemp that we use for the pasta has the most natural ratio of cannabinoids. We see the same ratio of substances one-to-one in CBD paste, because the natural ratio is also the most effective.

How is CBD paste made?

CBD paste is made with CO2 extraction. The result is a thick oily substance. This substance consists entirely of substances from the cannabis plant. Nothing remains of the CO2 used.

No heating takes place during CO2 extraction. As a result, no substances are broken down or converted into something else. This means that all useful substances are retained. 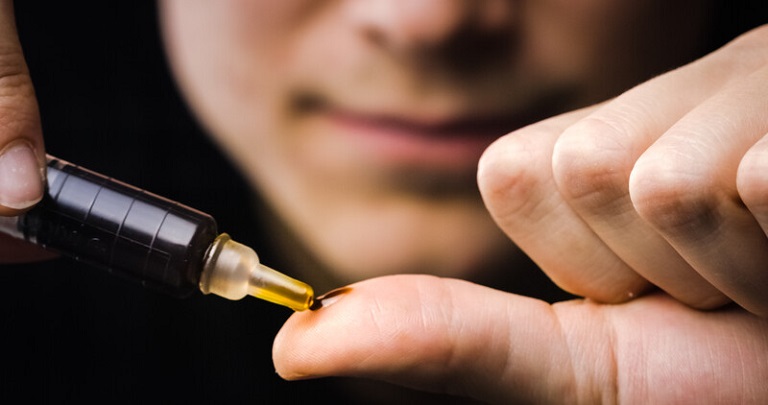 After this, put the teaspoon under your tongue, or in your mouth. There, let the paste dissolve in the saliva for about a minute. Subsequently, the CBD is absorbed by the body through the mucous membranes in the mouth.

After about two minutes, drink a glass of water. You can easily flush the paste into your stomach that has not yet completely dissolved. There, the remaining CBD is subsequently absorbed by the body.

Tip: do you want to know exactly how many mg of CBD you are taking in? Then use one digital precision weighing dish. Our pasta consists of 50% CBD.

CBD paste is also the ingredient for CBD oil. After the CO2 extraction, the paste is mixed with a vegetable oil. Usually hemp seed oil is used for this. The result is full spectrum CBD oil.

With CBD paste you can also make your own CBD oil. The big advantage of this is that you decide for yourself which vegetable oil you use as a mixture. As a mixture you can use, for example: hemp seed oil, olive oil, MCT oil, etc.

If you would like to know more about CBD paste, please feel free to contact us. We are happy to help you.